Why are our trips never straight forward!

After the stress of the last few trips as a family See Here you would have thought we were owed at least one easy trip, surely!

This is how it should have gone:

What really happened was this:

We got up at 5am as planned, the taxi arrived on time but it took us a bit longer to get out of the house. Still we were on the road in plenty of time. Until we got to the train station and both our cards were refused by the ticket machine. They were broken and no one had bothered to put a notice up so I then had to queue for tickets meaning we missed our train, that was on time (for once...). The next train was due at 6.04, we were still waiting at 6.10 and then it finally pulled in. Mad scramble onto the train and then an easy trip to Gatwick. Once at Gatwick we located the checkin desk only to be stalled by a Clara Special attack of The Rage ending in a no bones tantrum that echoed (rather impressively) around the departures hall. We wrestled her into a sling eventually and she shut up (hurrah, the number of faces that screamed "please don't let THAT child be on MY flight" was really impressive). Once we checked in we headed through security where I got a random search. When we went to check the status of the flight it read thus:

Our gate was finally called at 9.25am. We heltered skeltered it to the gate number to get to the front of the queue so we didn't have to get through a wall of people when the kids boarding was called. We boarded a few minutes later to settle into the flight.... pilot over the tanoy told us we would be leaving in 10 minutes, ahhh peace.

Once we were all on board and buckled in the pilot came over the tanoy saying that now the runway was closed for de-icing and the next slot was at 11am. Nooooooooooooooooooooooooooo! So we all unbuckled and the sound of mobile phones being turned back on filled the cabin! 30 ish minutes later we were told that the runway was open again and we didn't need to de-ice the wings because they had hot fuel or something. So we got into the queue to take off and finally, FINALLY we took off at some time around 11am (I don't wear a watch so I can't be sure).

When we got to landing we were on our descent when suddenly we took to the skies again and once again the pilot came over the tanoy. This time he informed us there had been an "incident" on Geneva runway and we couldn't land. The plan was that we would circle until we had 30 mins of fuel left and if we couldn't land by then we would go to Leon or Grenoble to refuel and then come back to Geneva. Thankfully in the nick of time Geneva cleared the runway from what ever happened and we were finally able to land almost and hour late.

Thank heavens that Mum, Rob and Lizzie were waiting for us and as soon as we were through the luggage hall they spirited us into a cafe for a posh burger lunch... The rest was easy and we made our way up the mountain in convoy and are now happily ensconced at Grannie and Grande's house.

Can I please book a nice uneventful trip home now though please?!
Posted by Vix at 17:12

Wow! Hoping you have a much easier trip home

OMG!!! Poor you what a nightmare! Hope Christmas is fab for you all. Have a good one!
hugs
x 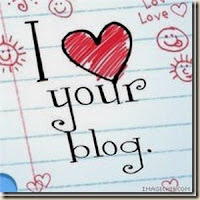